If you are looking for a supernatural manga filled with monsters and action then Check Out the list of some of the best Supernatural Manga to read:

Ken is a nerdy high school boy who’s crazy about UFOs and aliens. One day, when he was being bullied by his classmates, Momo Ayase, a beautiful girl helps him out. Ken thinks that the reason she helped him is because she’s also interested in aliens and he ends up talking to her about it. But, turns out she doesn’t believe in aliens.

Ayase actually believes in ghosts and when the two get into an argument, they decide to prove the existence of what they believe in to the other.

Soon things take a wild turn when they encounter all the strange things in the world from ghosts to aliens. This is a new manga even recommended by the authors of Chainsaw Man and Jigokuraku.

Gabimaru is a ninja feared throughout the world as a fearless assassin known as Gabimaru the Hollow. He’s a powerful individual but he was captured by the government due to a betrayal. Now, the only thing he can do is wait for his death, imprisoned on death row.

But hope finally enters his life once again when a lady executioner proposes to him that if he wishes to be free and have a life with his wife, he is to go to an island along with many other death-row criminals to obtain the “Elixir of Immortality”.

Will he be able to come back alive from the island to have a normal life with the woman who made the world seem not so bad? Failure is not an option, especially when the island is filled with powerful people who call themselves gods.

Miroku is the Slit-mouthed woman, known as the most terrifying urban legend but she’s having the utmost difficulty in scaring one particular guy, Kouichi-Kun. For generations, Kouichi’s family has been responsible for the management of superstitions and urban legends.

To keep herself from being erased from existence, Miroku is forced to get engaged to Kouichi, the young master of his family. But she is not so happy about this marriage.

So, Miroku proposes to establish a contract that is She can scare him just once in the next year then the engagement is to be broken. Their fake married life is just getting started.

Monsters from hell have started to appear before those who have done something wrong to punish them for their crimes. In Seoul, Detective Jin is assigned as the lead investigator of the latest incidents, just as his wife’s murderer is to be released from prison soon.

A new religion also emerges in South Korea, that claims that these happenings are God’s punishments to make people live more righteously. This is just the beginning of hell for the people of earth.

Dora Sasaki lives in a world that is constantly under threat from mysterious monsters called Mononoke. The Anti-Mononoke Samurai’s only purpose is to protect humanity from these monsters and Sasaki is determined to become an anti-Mononoke samurai to kill all the monsters.

But his view on Mononoke changes completely when he meets a Mononoke named Kusanagi who is kind-hearted. This is a dark story filled with monsters and blood.

Yuu has lived a life void of love and companionship. After he lost his parents in a car accident at the age of five, he kept moving from one relative’s house to another’s. All he wants is someone who would take care of him. Someone to love.

One day, he accidentally summons a powerful demon who would grant him any wish. So, Yuu asks which no one else would, he asks the demon girl to become his older sister and she does. This a story of a human brother and a demon sister.

This is a simple comedy story in which a neglected orphan, Yuu, starts living with a demon sister. Check It Out Now.

Marou is a manga fanatic who wants to become like the powerful protagonists in the stories. To achieve this, he’s trained for years and always ends up in fights with delinquents and thugs. But his thirst for fights couldn’t be quenched until he meets a girl named Urara.

Urara is the daughter of the leader of the Enma Syndicate, the most powerful crime syndicate in Japan. The world doesn’t know that these crime syndicates are filled with supernatural creatures.

Urara’s father’s death sends a shock wave throughout Japan’s criminal world which is now on the brink of war, and she intends to come out at the top of this war. Will Marou be able to help Urara become the new leader of the Enma Syndicate? How will he be able to fight against powerful creatures while being a normal human?

Jagasaki used to have many dreams but now, he’s just a neighborhood police officer working a job that is slowly killing him inside. He lives with his girlfriend who will be soon his wife. Looks like he’s going to live a boring life for the rest of his days on earth.

One day, while on a train, he’s attacked by a mysterious alien that attaches itself to him and suddenly, Jagasaki has superhuman strength and can shoot bullets from his right hand.

To make it all even more confusing for him, an owl suddenly starts talking to him about how he’s the chosen one meant to defeat the monsters scattered throughout the world. How is he supposed to deal with these monsters? But one thing is for sure – his life isn’t boring anymore.

For over a thousand years, the Momotarou and the Oni have been at war. The people carrying Momotarou’s blood banded together in the Momotarou Corporation with the single goal of killing Oni.

In a world filled with monsters called Oni, Ichinose Shiki seems like just another high school student until one day a mysterious man comes into his house to assassinate him and that’s when he finds out that he has the blood of Oni running through his veins.

Now, Ichinose must become powerful by tapping into his Oni side and unite the two races to prevent any more people from dying.

Fujitani Pharmaceutical Company recently suffered a crisis, now, in the hopes of increasing the morale and teamwork among the employees, the Company’s CEO has organized a hiking trip but not everyone is as hyped about the trip as he is. Soon, trouble comes their way as problems that they weren’t prepared for.

What will happen on this hiking trip filled with supernatural occurrences?

After the Villainous Army of Evil invaded Earth, the Divine Dragon Rangers used their divine powers to fight against them. The fight has been going on for 13-years and the rangers must continuously fight using their divine weapons and tools, for the safety of humanity.

But, the people don’t know that the powerful aliens were defeated a long time ago and now only the minions of the Villainous army remain. Now, the fights are fake and the villains are humiliated every day by the heroes.

One of the minions has had enough and plans to infiltrate the divine rangers and counterattack from the inside.

A 5 km tall tower one day just suddenly appeared in Tokyo. No one knows if the tower is made by an ancient civilization or by aliens. The tower later came to be known as the Babel Tower.

Taiga is a normal student living in Tokyo who lost his parents in a house fire. His sister was the only one he had left but he lost her to the tower after she entered and never came back. He couldn’t do anything to save her because of his powerlessness.

One day, he finds himself inside the tower. Taiga’s time to fight has finally come – his story begins now.

Sena used to be a shut-in high school girl who didn’t usually attend classes. One day, she finally decides to leave behind her shut-in life and go to school but, she dies on the way from an accident.

She gets reincarnated into another world where people can use magic but the only magic spells she can use causes destruction in the village and she soon becomes a feared evil witch. Once again, she was back to living a lonely life, not leaving her house often.

One day, a young man comes to see the evil witch, and Sena’s life changes forever.

10 Best Manga Where MC is a Cold-Blooded Killer 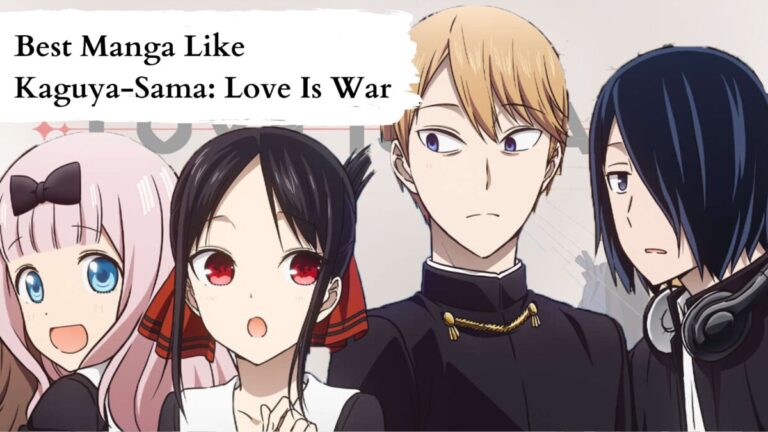 I think we can all agree that Office romance manga makes for a great read. Workplace romance stories always have steamy office moments that make you fall in love with them. These manga feature co-workers who have feelings for each other, and explore their everyday life and journey of going from co-workers to lovers. As…