If you are a manga or anime fan then you must already be familiar with the Reincarnation genre. But for those who are not familiar, in these types of manga, the main character gets reincarnated or transported into another world.

If I were to even get the chance to start over in a different world filled with magic, adventure, fantasy, and many powerful individuals, I would definitely take it. I’m sure many of my fellow anime and manga fanatics would also jump on such a chance.

The main character starts their journey in the other world and hopes to either become super strong or become super-rich. Check out the list of some of the best Reincarnation manga filled with action:

Kumoko was an average high school girl who was killed along with all her classmates because of an explosion. The explosion was caused by magic that had crossed over from another world during the battle between the powerful Hero and the Demon King.

The magic explosion leads to the entire class being transported to the other world where they became heroes to defeat the Demon King and all his minions.

The only problem is that Kumoko didn’t get transmigrated to the other world like the others, instead, she was reincarnated as a spider, which is one of the weakest and lowest classes. To make matters worse, she woke up inside a scary dungeon filled with powerful monsters. How will she survive in this world as a weak spider monster?

The story follows Tomokui Kanata, a normal person from earth who got reincarnated as a goblin after an unfortunate death. But instead of being born as a powerful magician or swordsman as he would have wanted, he was reborn as a weak and lowly Goblin.

As he stressing on how to survive in this world as a weak monster, he finds out about his special ability. He possesses an ability that helps him become stronger and gain many abilities just by eating other creatures and monsters.

Tomokui, now known as Rou, is determined to use his abilities and past-life knowledge to survive in this world where only the strong survive.

3. The Eminence in Shadow

In their childhood, everyone is obsessed with the heroes and wants to become like them but Cid Kagenou does not adore heroes like everyone else. That’s because he’s obsessed with people who control everything from the shadows and stay hidden.

He trained his entire life to become powerful but his body and the normal world he lived in prevented him from becoming the powerful being in the shadows. After he dies in an accident, he gets reincarnated in another world, and in this world of magic, he will achieve his dream.

Will he be able to become the power in the shadows and take down the powerful Cult of Diablos?

4. Reincarnated as a Sword

Fran is from the beast-race with cat like features. Her life becomes hell after some humans attacked her village, killed many people, and imprisoned the rest to be sold as slaves.

Fortunately, when they were passing through a forest, she gets the chance to escape when a bear attacks them. She somehow manages to get away but not for long. Just as she’s about to get caught again, she hears the voice of a sword.

A boy from the modern world gets reincarnated in another world as a sword (pretty clear from the title). This new world that he is in, is like a game with a system-like interface. He stays in one place as he is stabbed on an altar in a great plane until a cat girl pulls him out.

5. The Mage Will Master Magic Efficiently In His Second Life

Zeff spent his entire life studying Red magic and finally he was recognized for it and granted the highest title for Red magic. But things changed when after an item was discovered that can display one’s talent and potential in magic.

It turns out that his talent in Red magic is mediocre and he had already reached his limits a long time ago. Bitter at the fact that he wasted his entire life, he decides to start over.

He creates a spell that allows him to be reincarnated back in time to his younger self. This time he is determined to master magic to its best. Along the way, on his journey, he makes many friends like the swordswoman Claude and the genius mage Milly.

Almus is killed in an accident and wakes up in a forest inside someone else’s body. He soon learns that he is in a Griffins territory. The griffin lets him live even though he trespassed into his territory, in exchange, Almus is tasked to take care of the orphans who were abandoned by humans in the griffin’s territory.

Ryuuto died because of Truck-kun and got reincarnated into a world filled with magical creatures like goblins and dragons. But his system shows that his job is a “villager” which means he is not suitable for fighting.

Unlike him, his childhood friends in this new world were geniuses. One is Cordelia, a powerful hero and the other is a genius Sage. His Sage friend was jealous of his relationship with Cordelia and killed him using poison.

But even though he is just a vilaager, he possessed a cheat ability that allowed him to redo his life after being killed. Ryuuto will show everyone what a villager can do.

8. The Death Mage Who Doesn’t Want A Fourth Time

Amamiya Hiroto and his classmates all died during an incident on a school trip. Fortunately, a god appeared before them and reincarnated them into a new world. But, due to a mistake by the god, Hiroto was reincarnated without any special abilities and lived his life in misery.

He died again and was reincarnated one more time but this time as well he lived his entire life being tortured.

After dying again and being reincarnated again for the third time, he is determined to live a long and good life as he does not want a fourth time. Luckily, He still has his abilities from his past two lives – Death Magic and an enormous amount of Mana to use.

He lived a long and boring life as the strongest dragon to have ever live. Many warriors came to challenge him but none could defeat him. Finally a hero came to slay him and tired for his long life, he let the hero to kill him.

Just as he was ready for his eternal sleep, he got reborn as a human. Now known as Dran, a normal villager, he was living a normal life and experienced happiness he would have never even hoped for as a dragon.

But, one day, his normal life comes to an end when he encounters a demon army while patrolling the forest.

10. The Strongest Magical Swordsman Ever Reborn As An F-Rank Adventurer

Aizawa Yuri died and was reincarnated in another world. In this new world, he trained hard and achieved the highest level a mage can imagine, and in the end, he died of old age. He was reincarnated once again and this time he decided to follow the path of the sword, and again he became the strongest swordsman in the world.

But he is really tired of being the emperor of this and that. So, when he obtains a reincarnation artifact, he decides to start his life all over again by reincarnating for the third time, and this time he doesn’t intend to become an emperor or a king, he just wants to live a normal life with new friends. 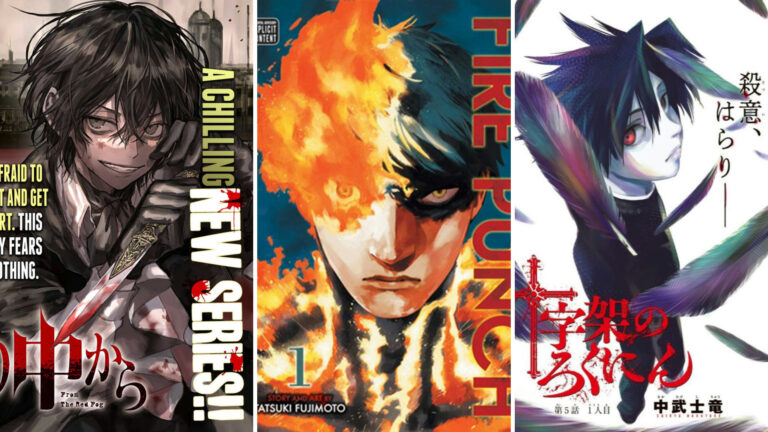